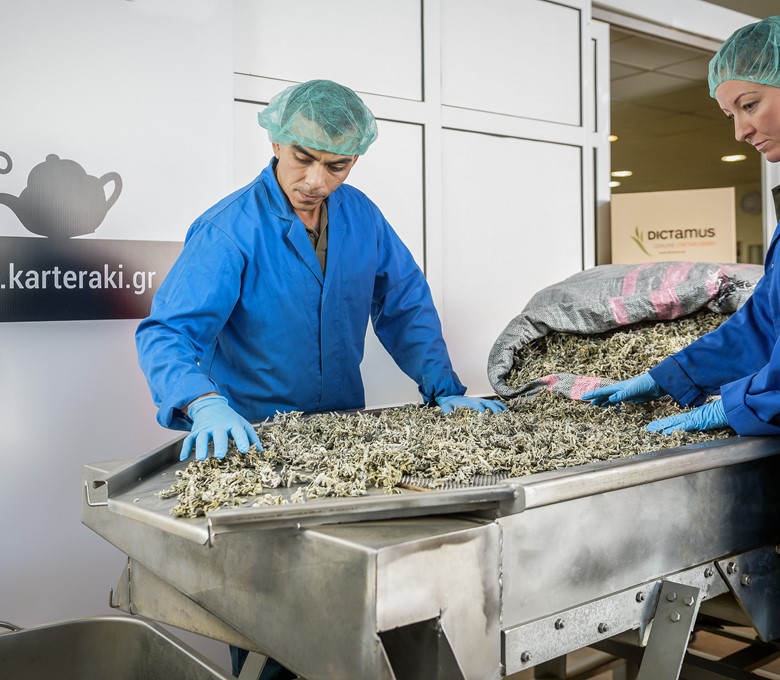 The CompanyExperience and Tradition since 1933

Our company, Manos and Co. was founded in 1933 in Heraklion, Crete and its main activity was to produce dried Cretan aromatic plants and export them to Europe, Asia and America.

The founder, Emmanuel I. Manos, was born and raised in Crete, a place where herbs and aromatic plants are abundant, including some which are endemic (i.e. they grow only in this region) and undoubtedly possess unique qualities.
From a young age he was interested in commerce and handled business transactions for friends of his who were producers of raisins, fruit and vegetables. When he eventually decided to establish his own firm, he chose to deal with herbs, spices and condiments, the special flavors and aromas of which he found to be most fascinating. He built his factory in Gazi, Heraklion and also operated from his office in Piraeus, Athens in order to have direct access to the main port of Greece.

War and social unrest within those years did not favour the merchants and exporters. However, he sought to deal with customers from prosperous countries such as the US, Japan, France and Italy. Even though he had to face a lot of financial issues, and to make sacrifices, he managed to keep his company and its quality products within the international trade markets.
By the end of the 70’s, the company had gained the necessary stability to start its dynamic progress.

At a steady, certain and at times even daring pace, the company updated its systems according to the industrial production standards and increased its exports of Cretan aromatic plants to more countries worldwide.

In the later years, in parallel to the exports, the company begun to provide herbs and spices to the domestic market and started importing tea for domestic destribution.

Today, the company maintains the old factory in Gazi, in the location which is called “Aromatica”, a name that derived from the existence of the original factory and its scents. Indeed, one can smell the enchanting aromas of sage and oregano in the surroundings.

In addition, the company has moved its head offices and main facilities into the Industrial Park of Foinikia, in accordance with the most modern safety standards in storage and trading of goods that are associated with food. The company now safely implements an integrated system of quality management which can satisfy a broad range of customers with diverse needs in the use of spices and aromatic herbs.

Our company with its up to date and experienced management along with its specialized personnel has made significant investments in order to ensure that the products we provide to the domestic and the international market are of premium and stable quality and can satisfy even the most demanding customer and consumer.